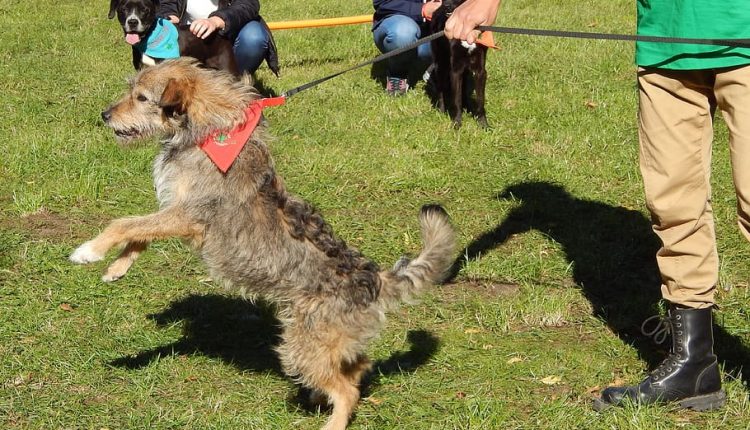 It’s all in the eyes

Dogs use eye contact to communicate, you will likely be familiar with the soft look, that says, ‘please let me have it’ that is hard to refuse. When a dog wants something like for example, food, they will give you a soft gazing look of love that you will often find impossible to ignore or to say no to. When you need to go away for a few days, there’s always dog boarding in Sydney, where your dog can also have a holiday!

When dogs are distressed, they will often look away and do everything they can to avoid eye contact, this can often be seen if they have done something wrong. When it comes to aggression one of the best things to do is to mimic this behaviour which should calm the dog down and ease its mind.

Just like humans, dogs use facial expressions to communicate, although not entirely in the same way for example, if a dog yawns, then it is probably because the dog is stressed opposed to being bored or tired. Some studies suggest that dogs use the action of yawning to calm themselves down as well as to calm those around them.

Dogs can also smile or at least it can appear that way, a dog that appears to smile, but also makes a growling sound is warning you off, however, a dog that has a wagging tail and looks relaxed making no growling noise is normally the sign of a happy dog that is in actual fact, ‘smiling’ at you.

Dogs use weight distribution of their body to communicate in different ways, for example, when a dog puts their chest to the ground and them behind in the air wagging their tail it usually indicates that they want to play. If a dog puts its body close to the ground, then it can indicate, ‘cowering’ which is a sign of stress or fear.

Tail wagging can mean a number of different things and doesn’t always mean that the dog is happy, some studies suggest that if the dog wags their tail more to the right, then, they feel more positive about something, whereas, if they wag their tail more to the left then it could mean a more negative feeling. Generally speaking, the faster a dog wags its tail, the more aroused it is about a particular situation.

Turning Over A New Leaf & Getting Healthy

Into Art? Here’s a list of important stationery items to keep around for your…

Donating to a Charity – How to Find the Best One